UPDATE November 18: The Water Accountability and Equity Act has passed! Visit jufj.org/baltimore-water-thanks to thank the Mayor and the City Council for fighting for water justice.

UPDATE August 20: We recently received some good news from the Maryland Attorney General’s office. JUFJ advocated for legislation in Annapolis this year, SB96, to stop people losing their homes and places of worship because of unpaid water bills. The Attorney General just announced that this legislation means not only can unpaid water bills alone no longer send your home to tax sale, water bills can’t even be considered among other unpaid bills. This legal decision (and the legislation itself) will help keep hundreds of people in their homes and places of worship.

But the fight for water justice is far from over in Baltimore City. Residents recently received water bills for three or even four months at once, including the month of July when rates shot up by nearly 10%. Read on to take action to make water affordable and accessible for everyone in our city. 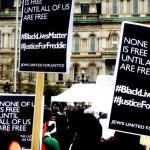 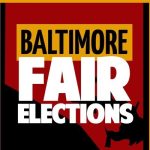