Jewish tradition teaches that destroying one life is akin to destroying the entire world. Police violence has destroyed so many worlds in Baltimore. As part of the Campaign for Justice, Safety, and Jobs, JUFJ has been calling for accountable policing in Baltimore for five years. Right now, BPD is taking public comments on their draft Community Policing policy, and our coalition needs to make our voices heard.

BPD is claiming that low response rates to their invitation to comment on their new draft policies means the public doesn’t care. We need to show them that they are wrong. Baltimore police must serve and protect all Baltimoreans, not treat Black residents as potential criminals. We only have until March 18 to make our voices heard.

“Community Policing” was mandated by the Department Of Justice in the consent decree as a central pillar of BPD reform and as essential to violent crime reduction. It is also strongly supported by the activists who called for police reform even before the uprising. This policy is therefore very important and earlier draft versions were sent back by Judge Bredar’s court and the Monitoring Team to the BPD for revisions. Reading between the lines, the monitoring team is still not satisfied, especially with the level of community input. Participants placed a great deal of emphasis on soliciting community generated solutions, activities, and oversight.

JUFJ’s Baltimore Action Team has compiled comments based on the People’s Town Hall hosted by the Campaign for Justice, Safety and Jobs. The compiled comments are below in bullet points. The bolded headings are meant to help categorize the comments into themes, but you may choose to focus on whichever aspect of the policy is most important to you. Please submit a version of these comments in your own words at the link below, focusing on the topic(s) that concerns you.

When the policy states that Neighborhood Coordination Officers (NCOs) will visit schools, houses of worship, hospitals and similar public institutions, how will these meetings be scheduled to ensure that there are representatives of these organizations available and prepared to engage with input from their communities? In what ways are NCOs ensuring they reach the entire community and not just the people who attend the school or church that BPD decides to visit? Please be specific about how this will be implemented.

The proposed policy mentions neighborhoods without associations only once, on p. 7. Policy should make it clear that outreach to these neighborhoods is mandated.  It should also clarify what resources will be allocated to carry out this very difficult task, and, especially, how the BPD will seek community led input from such communities.

Success of Community Policing and Other Reforms: 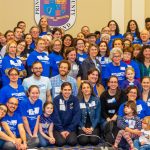