Submitted by Brian A. Johnson, District 46

My name is Brian A. Johnson; and as an Iraq Army Veteran who is an American Descendant of Slaves (ADOS), I urge you to pass SB280.

I believe in raising the minimum wage to $15 by 2023 (or sooner) with annual COLA thereafter. Though I moved to Baltimore City in 2013, the narrative that makes up a majority of predominantly ADOS communities was all too familiar to me: redlined neighborhoods, abandoned factories, and abject poverty. All of these realities are stark reminders of the long-term effects of the Reconstruction and Jim Crow eras in which policies like the New Deal explicitly excluded Negroes from economic reform and prosperity. Though I truly believe in the opportunities that are afforded to US citizens and those who serve, I couldn’t help but become disillusioned when seeing the concentrated poverty that consumed Baltimore City’s communities. In 2017, the median household income of Baltimore City was $46,641 with a poverty rate of 22.4% while the Maryland State median household income was $78,916 with a poverty rate of 9.3%. This data showed me how stark the reality is for those born into a certain lineage or those who unfortunately live in a redlined neighborhood. Though this bill will not redress all the economic depredation that has occurred to the ADOS community, I believe that providing an equitable living wage for all throughout the state would be a start in improving the lives of the people in Baltimore city.

In addition, I am urging you to support SB280 as drafted with a $15 minimum wage that does not exempt any worker. In high school, me and many of my friends worked at places like McDonalds that offered minimum wage. Though some of the money was used for leisure, many of us contributed to paying household bills. I cannot stress enough how many ADOS families depend on their teenage children for financial support. In Baltimore, the Economic Policy Institute estimates that teen workers of low to middle income households contribute up to 54.6% of their entire family’s household income.

So again, I encourage you to begin the process of mitigating the wrongs of our country’s past by doing the right thing for the hard-working families and young people across Maryland. Please vote to increase the minimum wage to $15 with no exemptions. Please vote for SB280 as drafted. Thank you! 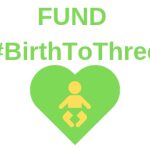 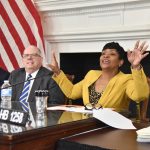