See below for JUFJ’s testimony on SB165/HB294: Juvenile Court – Jurisdiction. JUFJ’s position was favorable. Evan Serpick, a member of the Maryland Core Team and Baltimore Leadership Council, wrote this testimony.

My name is Evan Serpick. I am a resident of District 41 in Baltimore City. I am submitting this testimony on behalf of Jews United for Justice in support of SB165/HB294, Juvenile Court – Jurisdiction. JUFJ organizes 6,000 Jews and allies from across Maryland in support of local social, racial, and economic justice campaigns.

The Jewish tradition places an enormous emphasis on the protection of children. In Jewish text, children are viewed as gifts from God to be cherished and guided, even and especially when they are struggling or in distress. A traditional story tells of a scholar so deep in his religious pursuits that he doesn’t hear his child cry out. The scholar’s father – an even more eminent scholar – attends to the child and scolds his son: “No matter how lofty your involvements, you must never fail to hear the cry of a child.”

SB165 would end the practice of automatically referring certain juvenile cases to adult court and would leave that decision in the hands of judges on a case-by-case basis. The evidence is clear: sending children to courts designed for adults is harmful for children, detrimental to public safety, and grossly inefficient. Children belong in juvenile courts, which have smaller caseloads, greater access to rehabilitation, and closer collaboration with families and schools. If this bill passes, children might still end up in adult courts, but only after a juvenile court judge listens to counsel and expert witnesses and evaluates each youth and each charge.

While juvenile cases tie up adult courts and cause needless additional trauma, only 10% of children automatically charged as adults actually spend time in adult prison. The vast majority of juvenile cases that get to adult court are either dismissed as nolle pros or sentenced to time served.

However, police often manipulate the existing laws by charging children with offenses, like first-degree assault, that are automatically transferred to adult courts to get them to plead to lesser offenses. As a result, many children who get into fights make deals to avoid the adult courts and end up with criminal records that negatively affect their job prospects, family lives, and housing options for years to come. The practice also disproportionately affects African Americans, since eight out of ten children automatically charged as adults in Maryland are Black. This bill makes sure that a judge, rather than police, decides whether a child goes to adult court.

All children are children and we must treat them as such. On behalf of Jews United for Justice, I respectfully urge a favorable report on SB165 to right this wrong and move us toward a more just Maryland. 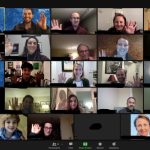 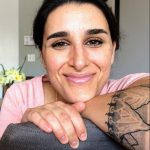