My name is Joanna Silver and I live in Silver Spring, Maryland. I advocate on behalf of a number of local organizations, but I am testifying today on behalf of Jews United for Justice.

Jews United for Justice has thousands of members throughout Maryland: we work from our Jewish values to advance economic, racial, and social justice in our communities. Two core Jewish values relevant to HB677 are that we must welcome the stranger and that we must treat the immigrant in our land the same as a native citizens. United States citizens are rarely, if ever, incarcerated and separated from their families for civil offenses, and when they are, we afford them due process and we ensure that they actually get this process by affording them the right to appointed counsel.

When immigrants are detained by ICE in Maryland, they are detained for civil offenses; they do not have the right to appointed counsel, and they are detained in the exact same jails as people serving criminal sentences. I have worked for the past 19 years as a public defender at the state and federal level here in Maryland so I have spent a lot of time in our jails. People detained by ICE pending their civil removal proceedings face the exact same loss of liberty that anyone else incarcerated by our government does: having your every moment and every movement controlled by another; living in close quarters with strangers who are living under the same stressful conditions that you are; being at the mercy of prison staff, who often do not speak your language, for everything you need; having minimal and usually substandard physical and mental health care; being subjected to solitary confinement; being unable to work to support your family and instead being a financial drain on your family because being in prison is not free – everything costs money – phones, clothes, toiletries, in some prisons, health care; and, of course, being separated from your family. This separation is particularly difficult for individuals in ICE custody because their family members without lawful status often cannot visit them.

While I do not believe anyone should be subjected to these conditions for a civil infraction and certainly not without an absolute right to appointed counsel, the immigration detention system is particularly pernicious because its very existence drives ICE’s enforcement efforts. The more beds ICE has available, the more interior enforcement it engages in and the more that people who have lived here for years, often with their families, are targeted. For example, the detained population in Maryland shifted over the past few years as beds were filled with people sent up from the border; the population is now shifting again, with an increased focus on interior enforcement as Trump’s Remain in Mexico program has gone into full effect and border apprehensions are decreased. Similarly, ICE is more likely to detain someone during their check-in if there are beds available, and Department of Homeland Security attorneys are more likely to ask the Immigration Judge to set a high bond if ICE has beds available; conversely they are more likely to agree to a low bond if ICE does not.

HB677 would end our state’s complicity in this shameful and unjust system and decrease the harmful impact that ICE is having on our immigrant community members and their families.

I strongly urge you to reach a favorable report for HB677. 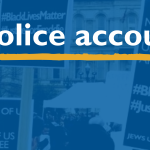 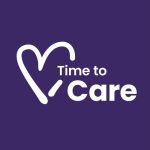