My name is Lauren Kelleher, I am a Baltimore City resident in District 14, testifying on behalf of Jews United for Justice.

JUFJ organizes more than 1,600 people in the city to support social, racial, and economic justice issues. Our work is motivated by Jewish values, which inform us that we must pursue justice in all that we do (Deuteronomy 16:20).

The City’s budget is a moral document—it reflects the deliberate choices of our elected officials and policy makers to amplify and support certain government functions and to deprioritize others. Nowhere are the values of our leaders more clearly stated than in the budget they produce and pass.

In light of this, JUFJ was disappointed to see after several years of advocacy along with our partners in the Campaign for Justice, Safety & Jobs and years of lip service from our elected officials that they were committed to meaningful police reform and realignment of our City’s public safety priorities—that this year’s budget includes a $32 million increase from the $528 million allocated in FY 2021. In fact, the police department budget had increased more than 35% over the last ten budget cycles without any discernible impact on crime rate

Its already been referred to tonight the comparative cents on the dollar that this budget devotes to City schools, Housing and Development, Homeless Services, Recreation and parks, substance use and mental health.

The cost of Baltimore’s police budget to taxpayers is the highest per capita in the country. Meanwhile, the City has paid out $18 million in settlements for crimes committed by BPD officers; $14 million of which were related to the Gun Trace Task Force . This was money paid out for wrongful convictions, racial profiling, violence against residents, car crashes, planting evidence, and sexual harassment. We want to see a budget that is the result of an actual, meaningful inquiry into the alternatives of the paradigm we have bought into at such a high cost to taxpayers for years: a paradigm that has not provided measurable improvements to the safety of our citizens and that has instead helped fund payouts on behalf of wrongdoers.

JUFJ supports the demands of our partners at Organizing Black and the Coalition for Justice Safety and Jobs already mentioned tonight, that

And as a final note want to uplift the testimony from earlier and urge you to adequately fund the fair election fund in the budget.

Thank you for the opportunity to share this testimony this evening. 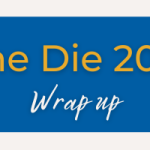