We made it to Sine Die! What does that mean?

At midnight on Monday, April 11, the Maryland General Assembly adjourned “Sine Die,” which is Latin for adjourning without a [future] day. At midnight, all statewide legislative work concluded.

What did we accomplish? Thanks to your advocacy, JUFJ and our coalition partners had some historic wins in the General Assembly this year! The legislation we helped pass will help further renters’ rights, workers’ rights, and justice system reform in our region. To learn more about each bill, please read below.

What’s next? As we lift up our collective wins, we should also remind ourselves that our work continues until we all achieve liberation. Each win brings us closer to justice in our region, but work still lies ahead. As we celebrate what we won and think through our setbacks, we will be doing so in the spirit of this wisdom from Pirkei Avot 2:21: “It is not on you to finish the work, but neither are you free to desist from it.” Click here to scroll to the “next steps” section.

The bills listed below were vetoed by the Governor, but the vetoes were overridden and the bills are now law.

All Marylanders need time to care for relatives or themselves, especially new parents, people with chronic conditions, families of military personnel, low-income and part-time workers, and self-employed people. But many are unable to take that time because doing so would cause them to lose their job and/or their income. Black and Latinx communities are disproportionately unable to take time off to care for themselves or family members. Now, all Marylanders will be able to take the paid family and medical leave they need, with the passage of the Time to Care Act!

The Time to Care Act will provide 12 weeks (or in some cases, 24 weeks) of paid leave when workers or their loved ones are ill, when welcoming a new child (including fostering and adoption), or when dealing with military deployment. This  huge victory for workers across Maryland was won through our collaborative work with Time to Care Coalition partners.

This bill was sponsored by Senator Antonio Hayes and Delegate Kris Valderrama. Governor Hogan vetoed the bill, but the General Assembly overrode this veto before the end of the legislative session. It is now law!

No child should be interrogated by law enforcement without being able to consult a lawyer. Maryland does not currently mandate that young people have access to legal counsel before being interrogated by police. This contributed to the criminalization and incarceration of Black and brown youth who are disproportionately targeted by our legal system. Ninety percent of kids waive their right to counsel because they don’t understand their Miranda rights and children falsely confess at exponentially higher rates than adults. States including Arkansas, Oklahoma, West Virginia, and North Dakota have greater protection for youth’s rights than Maryland.

In the 2022 legislative session, the Child Interrogation Protection Act was passed and became law when the Governor’s veto was overriden! Now, all children will have to speak with an attorney before police interrogation. This law will also require law enforcement to make good faith efforts to notify the child’s parents or guardians about their interrogation, and encourage Maryland courts to adopt more age-appropriate language for children to better understand their rights.

The primary bill sponsors of the Child Interrogation Protect Act were Senator Jill Carter and Delegate Sandy Bartlett. We worked to pass this bill with our partners in the Maryland Youth Justice Coalition.

Prerelease programs help people nearing the end of their prison sentences secure employment, housing, drug treatment and mental health services, and family support. There are multiple such facilities for men in Maryland, but none for women. Thankfully, legislation sponsored by Senator Mary Washington and Delegate Charlotte Crutchfield in 2020 was passed by the General Assembly, and we successfully worked with our partners to override Governor Hogan’s veto and make the Gender- Responsive Prerelease Act (SB684) law in the 2021 special session!

Following this win, we needed to work to secure the funding for the facility’s construction. Working with our Women’s Prerelease Equity Coalition partners, we successfully advocated for the inclusion of a $2 million preauthorization for the Women’s Prerelease Center in the Department of Public Safety and Correctional Services’ (DPSCS) capital budget, and for this funding to be made available for fiscal year 2023 so planning and design can begin. And, we successfully advocated for $150,000 in DPSCS’s operating budget to be restricted specifically for the Women’s Prerelease Center.

Amending both SB290 and SB291 (the state budget bills) to include the necessary funding allocation for the first phase of planning a community-based women’s prerelease facility and gender-responsive services was a big win. There will be work needed to ensure the next administration continues to include funding in the budget for subsequent phases of implementation and operation, but these initial allocations are critical for ensuring that incarcerated women will have the necessary support to transition back into their communities.

The bill below became law without Governor Hogan’s signature.

Currently, 1% of tenants who find themselves in Rent Court are represented by a lawyer, while 96% of landlords have representation. In the 2021 General Assembly session, we and our partners successfully advocated for the creation of an Access to Counsel in Evictions program (HB18) to help low wealth renters access legal counsel, reduce evictions and save the state and local jurisdictions tens of millions of dollars. However, the bill to fund this program was not passed in that session.

This year, we worked with our Renters United Maryland partners to secure more than $6 million in SB290 (the 2023 state budget) for the program and pass SB662 which will provide $14 million in 2024.

SB662 was sponsored by Senator Craig Zucker and Delegate Ben Barnes. The Governor allowed the bill to become law without his signature. SB290 is also now law.

This session, there were a few bills we opposed. Luckily, none of these bills passed!

While the special session was in December of 2021, it is important to remind ourselves of these significant wins, because they launched us into the 2022 legislative session just one month later. We advocated for three veto overrides, all of which were successful:

A few of our priority bills did not pass this session.

This bill would have allowed for the Baltimore City Civilian Review Board to serve as the city’s Police Accountability Board, and would have provided more robust police accountability and transparency. This bill passed out of the House, but failed to move out of committee in the Senate. A significant setback occurred when the city’s mayoral administration revoked their support for compromise amendments passed in the House bill.

This bill was sponsored by Senator Jill Carter and Delegate Stephanie Smith. We will continue working with our partners in the Campaign for Justice Safety & Jobs and the Maryland Coalition for Justice & Police Accountability along with legislative allies (city and state) to ensure that Baltimore City only has one strong police oversight body. Unfortunately, without this bill we will have two, weak bodies until the General Assembly takes action next year.

Entering session, we anticipated that the legislature would introduce Counselors Not Cops, which would have allowed money from the Safe Schools Fund to go towards restorative justice and mental health supports in Maryland public schools, rather than being earmarked only for funding armed police officers in schools. We were disappointed that the bill was never introduced, and we will continue to work with the Maryland Coalition for Justice & Police Accountability for true student safety that does not criminalize children or exacerbate the school-to-prison pipeline.

Everyone deserves legal representation, whether they face deportation, eviction, or criminal penalties. To deny legal counsel is to deny due process. The devastating consequences of being without legal counsel are heightened during a pandemic, which poses an extreme threat to detained immigrants in close and often inhumane conditions. This legislation would have ensured that all Maryland immigrants who are detained by ICE have access to government-appointed counsel. Senators Shelly Hettleman and Jeff Waldstreicher, and Delegate Nicole Williams, were the sponsors.

Unfortunately, this bill did not make it out of committee in both chambers but we are pleased by the progress made on this legislation, and look forward to a win next year. We will continue working with our partners, especially CASA, and legislative allies to ensure that detained immigrants receive the due process and counsel they deserve.

This bill was sponsored by Senator Shelly Hettleman and Delegate Vaughn Stewart. It passed out of the General Assembly prior to the end of session, but it was passed after the time needed to ensure a veto override if necessary. Governor Hogan then vetoed the bill at the end of May. Because of the upcoming election, since the Governor vetoed this bill, it is not be possible to override it next session.

In addition to our priority issues, JUFJers worked to support other issues that we had historically been involved in or reflect our values and are important to our allies. These were bills that we either provided testimony for or signed our name onto in support.

Each year that we work together to advocate for justice during the General Assembly session, we deepen our collective power, our legislative relationships, and our community engagement in Annapolis. And this year was no different: the power of our community is growing! Here are some snapshots:

*We hosted three call-in opportunities throughout session, in which 95 calls were made. However, we also encouraged leaders to reach out to their legislators via our Rapid Response emails and text banks. This number accounts for the call-in slots filled and those who let us know they made calls, but we can assume more calls were made.

We worked to increase the impact of our coalitions by hosting action alerts for the Campaign for Justice Safety & Jobs, Renters United Maryland, and the Women’s Prerelease Equity Coalition.

We also varied how we advocated for our issues. We hosted 7 text banks, reaching over 1,000 JUFJers and engaging dozens of leaders. And, as noted above, we hosted three call-in opportunities with almost 100 calls made, with some call-in opportunities spanning over a week. We also hosted weekly in-person “Tzedek Tzedek Tuesday” events for JUFJers to join us and partners in Annapolis and speak with legislators about our priorities. This session, we also utilized our 150+ member Rapid Response list, where we sent out 10 urgent requests for action.

We can’t wait to see our community and collective impact grow even more in the next legislative session and beyond!

Your feedback is critical to us continuing to learn, grow, and become more effective in our advocacy and outreach. Regardless of your level of engagement with JUFJ this session, we truly value your thoughts and reflections and ask that you fill out our feedback survey. It should take no more than 5-10 minutes to complete and will help inform what our programs/trainings, advocacy, and communications look like in the coming year.

And, join us on Zoom on Wednesday, May 4 at 7:30 PM for our Maryland Community Meeting & Debrief!

While the General Assembly session is over for this year, we still have lots of local work to do. We work primarily in Baltimore City (and a bit in the County, too) and Montgomery County, but have coalition partners & leaders across every district in Maryland.

Join us in our local Baltimore work: https://jufj.org/where-we-work/baltimore-md/

Join us in our local Montgomery County work: https://jufj.org/where-we-work/montgomery-county-md/

If you live anywhere in Maryland and want to have a 1:1 with a JUFJ organizer, let us know: https://jufj.org/get-involved/one-on-one/ 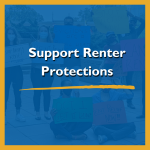 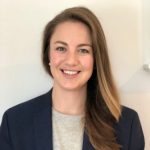