JUFJ member Michael Amster attended JUFJ’s pre-Purim legislative update at Oseh Shalom with Congressman Jamie Raskin. Here is Michael’s reflection on the event and on what Congressman Raskin had to say about working for justice as an elected official.

More than 75 activists from across Maryland, representing almost 20 state legislative districts, came together at Oseh Shalom Synagogue in Laurel on Sunday, March 17. They came to hear Representative Jamie Raskin (D-MD 8) speak about current activities in Congress and answer questions. They also came together to hear updates on the current JUFJ campaigns underway during this year’s Maryland legislative session.

Following the updates from JUFJ staff and volunteer leaders, the group formed an assembly line to put together mishloach manot (gifts of food that are sent to family, friends and others on Purim. The mitzvah of giving mishloach manot derives from the Book of Esther.) to deliver to legislator’s offices in Annapolis on the 19th and wrote postcards to the members in support of JUFJ’s campaigns.

Representative Raskin, in his second term in the House, is a rising leader in the Democratic Caucus. He is an inspiring voice for progressive values and a long-term ally of JUFJ from his years in the Maryland Legislature. He told the group about an exchange with a potential voter from the early days of his political career. The gist of the story was that after he spoke at an event, a future constituent approached him and advised him to move his positions more to the “political center.” In his reply, he thanked her for the comment, but stated that he is running from the “moral center.” This is a perfect metaphor for the Congressman.

His remarks touched on the challenges to our nation presented by the current administration, and the opportunities for change with the new Democratic majority in the House. He spoke for about 30 minutes and then took questions from the audience. Asked to comment on Speaker Pelosi’s statement that she “does not favor impeaching Trump,” the Congressman supported her position, but added some clarifications, explaining that the Speaker’s position does not preclude impeachment but recognizes the political reality. Namely, there is a lack of bipartisan support for removal of the President. The Democratic majority in the House could muster enough votes to impeach, but what little support exists in the GOP-controlled Senate is insufficient to convict (remove) the President. He went on to say that this could change.

The Congressman’s remarks were both inspiring and validating. For me, it reinforced my personal commitment to political engagement, because every one of us can make a difference.

After the Congressman spoke, we broke into two groups to receive updates on the JUFJ campaigns. Generally, the news was good. While we are not getting all we wanted in the legislation we are supporting, we are advancing the issues we’re focused on. This is the nature of politics. It’s about compromise and getting to yes. It’s never easy and often frustrating. Yet working to make our state and local government(s) fairer, more just, and more inclusive is critically important. It’s been said that all politics is local…which is why the JUFJ focus on local issues makes such a huge difference. 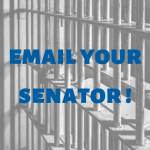