Thank you to Chairman Allen and the members of the Committee on the Judiciary and Public Safety for holding this important hearing on the issue of record sealing and for allowing me to provide written testimony.  My name is Rebecca Barson, and I am a long-time resident of Woodley Park in Ward 3, as well as the co-chair of the DC Leadership Council for Jews United for Justice (JUFJ).  JUFJ is a community of thousands of Jews and allies committed to advancing social, racial, and economic justice in DC.  I am providing today’s testimony on behalf of both myself and JUFJ.

Both JUFJ and I strongly support the Record Expungement Simplification to Offer Relief and Equity (RESTORE) Act, and we thank Councilmember Henderson for her efforts to develop this legislation and Councilmembers Allen, Nadeau, Cheh, Robert White, Pinto, Silverman, and Bonds for also sponsoring this important piece of legislation.

As the DC Justice Lab, who worked with Councilmember Henderson on developing this legislation, says on their website, “criminal record expungement is a racial justice issue.”  The overwhelming majority of people arrested, in jail, and in prison in the District are Black, meaning that Black people also make up the vast majority of the 1 in 7 District residents living with publicly-available criminal records.  These criminal records continue to negatively affect their life prospects by making it more difficult to access housing, employment, and other opportunities.

Compounding this reality is that the District has a restrictive and challenging record-sealing process, which means that criminal records can follow people for years, if not their entire lives.  And even non-convictions can negatively affect people due to the difficulty of this process.  The RESTORE Act presents a solution to these issues by making the record sealing process easier, increasing access to record relief, and automating certain instances of expungement and sealing.  This legislation has the power to make a positive difference in the lives of so many residents of the District, particularly Black residents, who have been living under the burden of a publicly available criminal record.

JUFJ and I encourage you to hear and pass the RESTORE Act out of your committee and move it on the full Council for their consideration. Thank you. 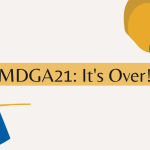 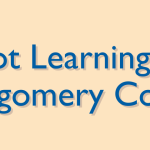