DC Council’s December 4 legislative meeting was a mix of shondas (shameful acts) and mitzvahs (good deeds) by the Council.

JUFJ and many of our partners were focused on about ten of the over 100 bills considered yesterday. These pieces of legislation were chances to advance real racial, social, and economic justice in DC.

Let’s start with the good news. The Council voted to:

These policies will reduce structural inequality in our city and will make it more possible for a poor person to live with dignity in DC. Each of these votes is a mitzvah.

Here’s a chance for another mitzvah: There’s a big vote on climate change and clean energy coming up on December 18th. You can take action with our allies to remove harmful amendments added to the legislation earlier this fall.

Next, the votes that weren’t mitzvahs. The Council missed an opportunity to modernize wage garnishment practices, which would have improved the lives of low-wage workers. The bill was tabled, not voted down, so we still have a chance to win this economic justice fight in two weeks.

While the Council did pass an important language access bill that will remove barriers to success for residents whose first language is not English, they failed to provide the resources necessary for schools or government agencies to fully implement and enforce this policy.

And finally the shonda, the shame of the session.

The Council had an amazing opportunity to invest $20 million of new revenue in ending homelessness, supporting vulnerable students with mental health counseling needs, and reducing water bills for low income residents. They chose to cut taxes for corporate landlords instead of supporting people experiencing homelessness.

New sales tax revenue available from online purchases could have provided services for people in need. Instead, six members of the Council decided to reduce property taxes by 4 CENTS on multimillion dollar commercial buildings. As we stated in our previous action alert, in a city facing growing inequality, homelessness, and displacement, this decision is nothing short of immoral.

As the temperature outside hit 36 degrees and falling, Councilmember Evans (Ward 2), assisted by Chairman Mendelson, convinced a plurality of their colleagues to help DC’s wealthiest corporations over people without homes. This vote is a callous shonda.

Let these Councilmembers know (politely) on Twitter how disappointed you are in their votes:

Six Councilmembers worked to save funding for homelessness services. Thank them for prioritizing people over profits:

Councilmember Kenyan McDuffie (Ward 5) was not present for the vote. A tied vote on Councilmember Nadeau’s amendment to save funding for housing meant that the amendment did not pass and all of the revenue was directed to the corporate tax cut.

Here’s a wonky silver lining to this appalling vote.

When the Council first discussed what to do with online sales tax revenue, they decided to split the funds evenly between Metro and ending homelessness. Councilmembers Evans and Mendelson claim that they need to cut commercial property taxes because they pass through to Metro funding (TL;DR: we raised all sorts of taxes earlier this year to permanently fund metro, including on these properties, but somehow this is the one part of that tax plan that was meant to be temporary…).

While this argument is specious and immoral, it means that the Council clearly believes that they must honor their 2013 commitment to allocating online sales tax revenue to Metro. Ergo, they must also believe in honoring that same commitment to equally fund programs proven to end homelessness.

By the “logic” of Councilmembers Evans and Mendelson, we expect $20 million in increased investment for programs like Permanent Supportive Housing, the Local Rent Supplement Program, and more. If the Council can vote to give $20M to wealthy landlords, then surely they can find money for those who actually need it. And you can bet JUFJ and our allies in this fight will be holding every member of the DC Council and the Mayor’s feet to the fire to make this a reality.

If you want to be part of the fight to end homelessness, email me to get connected to our budget advocacy campaigns.

Fight for funding to end homelessness in DC 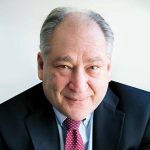 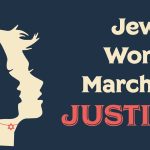