TESTIMONY IN SUPPORT OF SB 372

My name is Toby Ditz, and I live in Baltimore in District 40. I strongly support HB 372

Every legislator should want to support this bill. It joins other voting reforms, such as same day registration and early voting, that encourage more widespread participation at the ballot box. These reforms are popular in our state because the public understands that making the right to vote real and effective is essential to political democracy.

This bill, if enacted, would also take its place among a series of reforms, like the ban-the-box law, that attempt to roll back the discriminatory policies of mass incarceration that have in Maryland led to the highest rates of incarceration of black men in nation.

The bill’s goals are simple: to inform eligible voters of their right to vote, to enable them to do so by mail, and to register them, if necessary. We do this for other eligible voters, including citizens who live in-group settings. Why not do so for incarcerated people who retain the right to vote, or who regain it when they leave prison?

In the past, I have heard people cite safety considerations. But many civilians interact on a regular basis with the men and women in our correctional facilities, including, for example, teachers, and tutors in college preparatory and college degree programs. Compared to mounting college classes in our correctional institutions, the resources needed to help people fill out registration forms or give them access to mail-in ballots are straightforward.

Some also say it is too expensive, and it is true that correctional staff are short-handed. But this cannot justify continuing to deprive a whole population of their fundamental right to vote. My understanding is that the fiscal note’s assertion that this bill would require hiring more thirty new employees is greatly overblown. But even if funding is an issue, then, you, the legislators, must find way; budgetary arguments cannot be allowed to trump fundamental rights, especially when the effect is to deepen racial discrimination at the ballot box.

On a personal note, my friends and neighbors in Baltimore know it is wrong that so many people languish in pretrial detention for months simply because they cannot afford bail, when others with bigger wallets go free. It violates our sense of fairness, and we know that it is discriminatory because black men and women disproportionately bear this burden.

But many of us have to be reminded that people in jail also cannot exercise their right to vote. When we are, we can see instantly that this is a double whammy: for lack of money, people lose their freedom and their vote. Bail and pretrial detention become a kind of poll tax.

But we can easily fix this. Voting is a core political right. This bill protects that right, and it enhances democracy at the ballot box.

I respectfully urge you to favorably report on SB372. 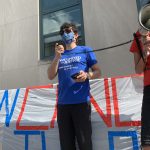 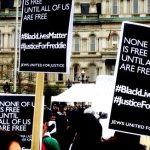