On Friday, September 13, I came face to face with right-wing extremists and neo-Nazis right here in my own backyard.

It should not have come as a surprise.  Like all of us, I have been watching and resisting as violent white supremacists build power in our country from the grassroots to the presidency. I am a JUFJ leader who has been advocating for immigrant justice in Montgomery County and I am an attorney who works on the intersection between immigration and criminal law.  I have seen and participated in the debates about immigration policy here, but I never thought those debates would come to include the voices of full-on white nationalists.

But there they were in Rockville, protesting a recent executive order that I helped fight for – one that prohibits our county from cooperating with ICE in a number of ways, including detaining people for ICE even though they’ve been cleared for release by our County’s criminal justice system.  Holding anyone, including an undocumented immigrant, past their lawful release date is a violation of the Fourth Amendment’s prohibition on unlawful detentions. Clear and unequivocal limits on cooperation between the county and ICE increase the safety of our community: immigrant members of our community need to know that they will not end up being ripped apart from their families if they report crimes or assist law enforcement.

Help Save Maryland, the group that co-organized the Rockville rally, has been classified by the Southern Poverty Law Center as a “Nativist Extremist Group” that is “anti-immigrant.” The celebrity guest at the rally was Michelle Malkin, who has authored books that defend Japanese internment and post-9/11 racial profiling.  Other people held signs saying, “Rapists Love Women Who Hate Guns,” or displayed neo-Nazi and white nationalist tattoos. They were there to paint a demonstrably false portrait of immigrants as violent criminals in order to gin up support for hateful, cruel, and frankly ineffective policies.

Perhaps most upsetting, though, was to read a letter to the editor afterwards from another local Jewish woman, who had attended the rally and bristled at being called “anti-immigrant.” She wrote proudly of being the “granddaughter of four Jewish legal immigrants” and claimed she was standing for legal immigration.

I, too, am the descendant of Jewish immigrants. When my family came to this country we faced the very same xenophobia that has animated anti-immigrant sentiment throughout our nation’s history. Those unfounded fears pushed Congress, in 1921 and 1924, to close virtually all the avenues for legal immigration to this country that were available to our grandparents and great-grandparents. Later, the cruel indifference of (primarily white and Christian) Americans meant that tens of thousands of Jewish refugees attempting to flee Nazi Europe were denied passage to the U.S. or sent back to be tortured or murdered in the Nazi camps.

I am heartbroken and angry when I learn of Jews who seem to have learned a completely different lesson from our shared history than I did. The Torah teaches us, over and over, to love the stranger as we were strangers in Egypt. The persecution of our ancestors throughout history has taught me to stand on the side of any group facing persecution, even when its members look different from me.  It feels so obvious to me that we must stand with immigrants at this moment. But these feelings of anger and heartbreak and righteous indignation raise new questions for me during this High Holidays season this year.

Right before the Kol Nidre prayers that we recite on the eve of Yom Kippur, we first declare that by the power of the Divine and the power of the gathered community, we have permission to pray with “transgressors.” Traditionally this text is dated to the period after the Spanish Inquisition, and has been understood as a response to forced conversions – an invitation back, for Jews who had been forced to convert to Christianity, and a reminder to the congregation to welcome their seemingly wayward neighbors with grace and to be willing, in line with the Yom Kippur holiday, to forgive them. A more recent interpretation teaches that we shouldn’t feel smug or bitter towards those we see as transgressors.

This year I am trying to grasp the reality that my community holds people with ignorant and hateful views. My county, the place where I have chosen to raise my family, is home to right-wing extremists, and my extended Jewish community includes at least one woman who believes the hateful lies about our immigrant neighbors. Reflecting on the Yom Kippur text, I wonder how to work within my Jewish community – without smugness or bitterness – to teach compassion and justice for those outside of it.

Another interpretation of the text that occurs to me is to re-evaluate who we think are “transgressors.” Lots of people, even those who don’t join white supremacist rallies, believe that people who came to, or stayed in, the U.S. without legal permission are criminals in violation of our laws. Perhaps just as we understand why our Jewish ancestors would make the “choice” to convert to Christianity, under threat of death from an oppressive government, we should understand and forgive the decision of people who “choose” to violate our immigration laws to ensure the survival of their families?

For now I am planning to take time this Yom Kippur to recommit myself to standing with those facing persecution in our country and to fixing our broken immigration system so that today’s immigrants have real pathways to safety and citizenship. I will also search my heart for smugness and bitterness towards the people who I’ve fought against this year, recognizing my own flaws, and hoping that together we can create a better community for everyone.

Joanna is a JUFJ leader in Montgomery County where she focuses on immigrants’ rights, racial equity, and police reform.   Joanna began her local advocacy work as the founder of the Montgomery County Deportation Defense Coalition, advocating for County funding for legal representation for immigrants in removal proceedings.  Joanna works professionally as an Assistant Federal Public Defender in the District of Maryland,  specializing in the intersections between criminal and immigration law.  Joanna is a member of the Community Social Action Council at Temple Emanuel, in Kensington, Maryland, where she also sits on the Board of Directors. 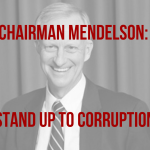 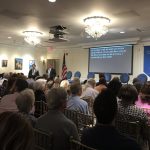