My name is Melissa Coretz Goemann and I live in District 20 in Silver Spring, Maryland. I am writing this testimony in support of SB627, Law Enforcement Officers’ Bill of Rights – Repeal and Procedures for Discipline.

Jewish text teaches us that in all we do, we must work towards justice: “Tzedek, tzedek tirdof – Justice, justice shall you pursue.” It is imperative that we pass SB627 to begin the work of righting the injustice that has been perpetuated on Maryland residents through the Law Enforcement Officers’ Bill of Rights (LEOBR). Because of LEOBR, there can be no real transparency and accountability in policing in Maryland – leading to police officers acting with impunity and further entrenching community distrust.

As a Montgomery County resident, I know that the greatest harm from issues with policing falls on the backs of people of color, as there are wide racial disparities in police stops in our county. A July 21, 2020 report from the Montgomery County Office of Legislative Oversight showed that Black residents comprise 18 percent of our County’s population but were subject to 32% of all traffic stops and 55% of cases in which police used force in 2018.

I have also personally witnessed the frustration and anger of not being able to hold police accountable for misconduct. As a Silver Spring resident, I was deeply saddened when Robert White, a Black man who was out for a walk in his neighborhood near where I live, was shot and killed by a police officer in 2018 after being stopped for looking “suspicious” because he had a torn jacket and had put his hand in his pocket. The killing was ruled “justified” by the police, after they investigated it themselves. The community felt differently and many do not feel safe knowing that this officer continues to patrol our streets. LEOBR severely limited the community’s involvement in the process and the information accessible by the public on how this decision was reached. Under LEOBR we are not allowed to have a true citizens’ advisory board, we are not allowed independent investigations, and officers are given generous protections during investigations of misconduct. Since Robert White’s killing, there have, sadly, been several other police killings of Black men in Montgomery County and there has been a similar lack of transparency and accountability.

We need to repeal LEOBR so that it is easier to hold police officers accountable for their misconduct that harms communities and creates distrust. SB627 will repeal LEOBR and, importantly, also ensure that local jurisdictions do not simply recreate LEOBR. While we need to do more, repealing LEOBR is a necessary step toward accountability by making sure that officers facing discipline do not get extra rights that are not afforded to other state government and civilian employees. I respectfully urge this committee for a favorable report on SB627. 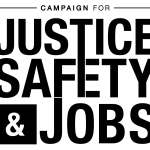 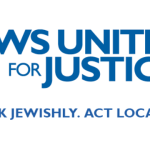