Every year JUFJniks from across the state of Maryland join forces to fight for justice during the General Assembly session (January to April).

As the Jewish year begins anew at Rosh Hashanah, so does JUFJ’s Maryland legislative year. The statewide legislative kickoff is the holiday that starts the cycle, and helps us set our legislative priorities. After the kickoff, we spent the end of 2020 educating our legislators about those priorities, and getting ready to fight for them in the 2021 session.

Every year JUFJniks from across the state of Maryland join forces to fight for justice during the General Assembly session (January to April).

Since the abrupt end of the 2020 Maryland legislative session, JUFJ and our partners have been working to make sure our elected officials support vulnerable Marylanders during this pandemic. In the 2021 legislative cycle, we knew the importance of using our voices and advocating for change in this critical moment. To find out more, read an FAQ on how state session worked in 2021 and about new committee assignments in the House and the Senate.

Every year JUFJers from across the state of Maryland join forces with many coalition partners to fight for justice during the General Assembly legislative session (January to April).

In 2021, we and our partners helped achieve some amazing victories, but we have a lot more work to do in 2022! Join us for one of our Intersession Interest Sessions to learn more about what we are working on, and stay tuned for more details as we prepare to meet with our legislators after the High Holidays.

After the legislative session ended early due to the COVID-19 pandemic, JUFJ’s Maryland team shifted our efforts toward pandemic relief and ensuring a just recovery as the pandemic passes.

In May, we joined the #CancelRent campaign. Read more about that campaign at jufj.org/shmita-rent.

Amid the national uprising over police violence against Black people, we redoubled our call for truly accountable policing in Maryland. Read more about that campaign at jufj.org/annapolis-police.

Nobody should have to choose between their job and caring for their family.

All people have a right to be safe and to thrive, regardless of immigration status.

Our justice system must become truly just to everyone in our state.

All people have a right to safe, stable, affordable housing.

In addition to our key legislative priorities this session, we took positions on other legislation related to these issues and on a number of Fair Funding bills, because budgets are a moral document and we must invest in programs that will address longstanding inequities and the current COVID-19 crisis.

We have also been working in Howard County to end the County’s contract with ICE – and this year, we succeeded! Our work began in 2019 and since then we’ve helped found the Howard County Coalition for Immigrant Justice, held dozens of meetings and in-person actions.

In addition to our four priority issues for the 2020 Maryland General Assembly, JUFJ will sign onto additional issues that reflect our values and are important to our allies at a lower intensity. Additional issues will be added to the list after being evaluated by our statewide strategy teams.

Thanks to everyone who was part of our 2019 General Assembly legislative session work! The following issues were our priority issues for the 2019 session, which ended in April.

We are committed to ending our state’s mistreatment of poor and working people and eliminating decades of structurally reproduced poverty.

1. Raising the Minimum Wage to $15/hour
2. Safe Housing and Fair Treatment for All Renters

Equal Justice Under the Law

We are committed to dismantling systems that reinforce discrimination and we demand equitable treatment for marginalized and working-class communities.

1. Trust and Safety for our Immigrant Neighbors
2. Limiting the Use of Solitary Confinement
3. Defending and Expanding Bail Reform
4. Reducing Mass Incarceration

Passed a ban on selling Baltimore residents’ water debt at tax sale (this includes all residential property and houses of worship)!

Making the Baltimore Police Department a City agency passed the House but failed in the Senate. We do have commitments from the three senators in the City Delegation who opposed (Ferguson, Hayes, and McCray) that they will work with us in the interim to draft a bill that they can support in 2020. Unfortunately, a bill to create a private, unaccountable police force for Johns Hopkins University passed and was signed into law. Every Black faculty member and more than 70% of students opposed this bill.

Passed a just cause eviction bill out of the Montgomery County House delegation. While it failed to pass the Environment and Transportation Committee, this is an exciting fist step to passing a significant progressive renters’ rights bill in Annapolis.

This bill carries out the will of the people of the state of Maryland, who voted overwhelmingly in support of the same day voter registration ballot question in the 2018 election, which JUFJ endorsed.

The bill would mandate that the state’s electric utilities get 50 percent of their power from renewable sources by 2030.

This bill would require the state to help cover the summer gap in federal food assistance for children who receive SNAP benefits.

This bill would require an “X” option for sex on driver’s licenses and other IDs.

This bill would have damaged police transparency and accountability, but after amendment it authorized a custodian of records to grant inspection of part of 9-1-1 communications.

This bill would have set up the framework for an anonymous tip line exempt from disclosure under the Public Information Act (PIA). There is no way to know if such a tip line is being used discriminatorily or if all claims are being handled with the same amount of urgency.

This bill would prohibit a landlord from denying a patient a lease because of their medical cannabis prescription.

This bill would provide some paid leave to all state contractors.

This bill would provide advance notice and an agenda for all public police disciplinary hearings. It would make the record of the hearing and the decision of the hearing board available to the public upon request.

This bill would have classified complaints of misconduct by a public employee as not personnel records. The bill was amended to only apply to police, but was then withdrawn by the bill sponsor to defer to the Judiciary chairman’s bill (HB1382). 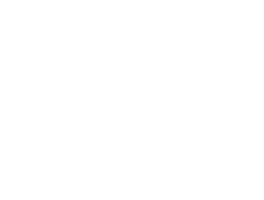 ACTION ALERT: This is the year for Paid Family & Medical Leave in Maryland!