I don’t know about you, but I’ve been seeing a lot about paid leave in the news lately, and so have my friends. In fact, I’ve gotten so much questions about DC’s paid leave plan recently that it occured to me I should pull together a quick primer on the law and its legislative history. Hope you enjoy!

How does UPLA work?

In 2016, the DC Council passed a law (9-4) to establish a paid family and medical leave program for people working in District. The law is slated to go into full effect July 1, 2019. At that time,  DC will help ease the burden of choosing between caring for the ones you love and earning the money you need: the District’s paid leave program will enable people to take 8 weeks of paid parental leave, 6 weeks of paid family caregiving leave, and 2 weeks of paid medical leave.  While on leave, you’ll be eligible to receive up to 90% of your average income.

The Universal Paid Leave Amendment Act was passed after two years of thoughtful debate and deliberation. The District’s paid leave program – created from a “social insurance” best-practices model – will cover all non-governmental DC employers and their employees and will be financed by a small (0.62%) payroll tax that will be entered into a common pool. This common pool of funds would then be used to pay out benefits when someone needs to take time away from work to care for a loved one or for their own health. The program would be administered by the DC government, a neutral third-party. This is similar to how we operate Unemployment Insurance, Social Security, and Medicare. And like these other social insurance programs, the broader the coverage, the cheaper and more reliable the program is for all of us.

Why does UPLA cover all employees?

One contentious issue at the time the paid leave legislation was being debated concerned including coverage for non-residents who work in DC. Such non-resident workers represent a sizeable majority – specifically, two-thirds (mostly hailing from Maryland and Virginia) – of the DC workforce. Some describe the inclusion of non-residents in DC’s paid leave program as a weakness of the legislation. So it’s important to get some facts straight.

In a nutshell, ensuring all DC workers are eligible for paid family and medical leave makes the District’s program more fair and robust, and works to the benefit of DC residents and their employers.

First, covering non-resident employees of District businesses is consistent with how all other labor laws work in DC and, more generally, across the country. Consider, for instance, when the District increased the minimum wage: two thirds of that raise went to DC workers who lived in Maryland and Virginia. Similarly, the District’s paid sick leave and pregnancy protection laws cover everyone who works here regardless of where they live. It is the same throughout the country. For example, New Jersey’s paid family leave program (and new paid sick leave law) covers an employee who works in New Jersey but lives in Pennsylvania. Operating a business with different wage or benefit policies depending on residency would be an impractical, HR nightmare.

Second, as confirmed by the DC Council Budget Office and widely-accepted economic logic, employees of DC employers will ultimately pay for the program, regardless of where they live. This is because DC employers that provide paid leave benefits will inevitably pass the costs on to their employees (e.g., in the form of slightly lower wages). Why does this matter? Because it shows that the paid leave program is ultimately being funded by those who benefit from it.

Third, covering all eligible DC workers, regardless of their residency status, is good for DC residents who want to be employed in the District because it protects DC residents from discrimination in hiring. If non-residents were excluded from a paid leave program, this would create a disincentive for DC employers to hire DC residents as they would uniquely be able to afford to take family or medical leave. This fact is not merely theoretical: industry lobbyists and business owners testified to this intention to discriminate at 2015 paid leave hearing!

Those same industry lobbyists spent much of 2017 attempting to repeal and replace the Universal Paid Leave Amendment Act. Their alternative proposals would’ve made it considerably easier for an employer to interfere with their employee’s ability to use paid leave.

However, of the 5 proposals put forward by big business lobbyists (and their Council backers), 4 of them were financed by employer-only contributions and all 5 of them covered DC residents and non-residents equally. Even the opponents of paid leave were eventually forced to agree with leading policy experts: the originally passed law, covering all employees and funded by payroll taxes, is the strongest and smartest approach to uniformly guaranteeing access to this urgently needed benefit.

Currently, the DC Paid Family Leave Coalition is working closely with the Department of Employment Services to implement the law in a transparent, accessible, and just way. 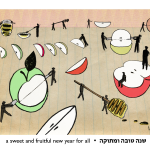